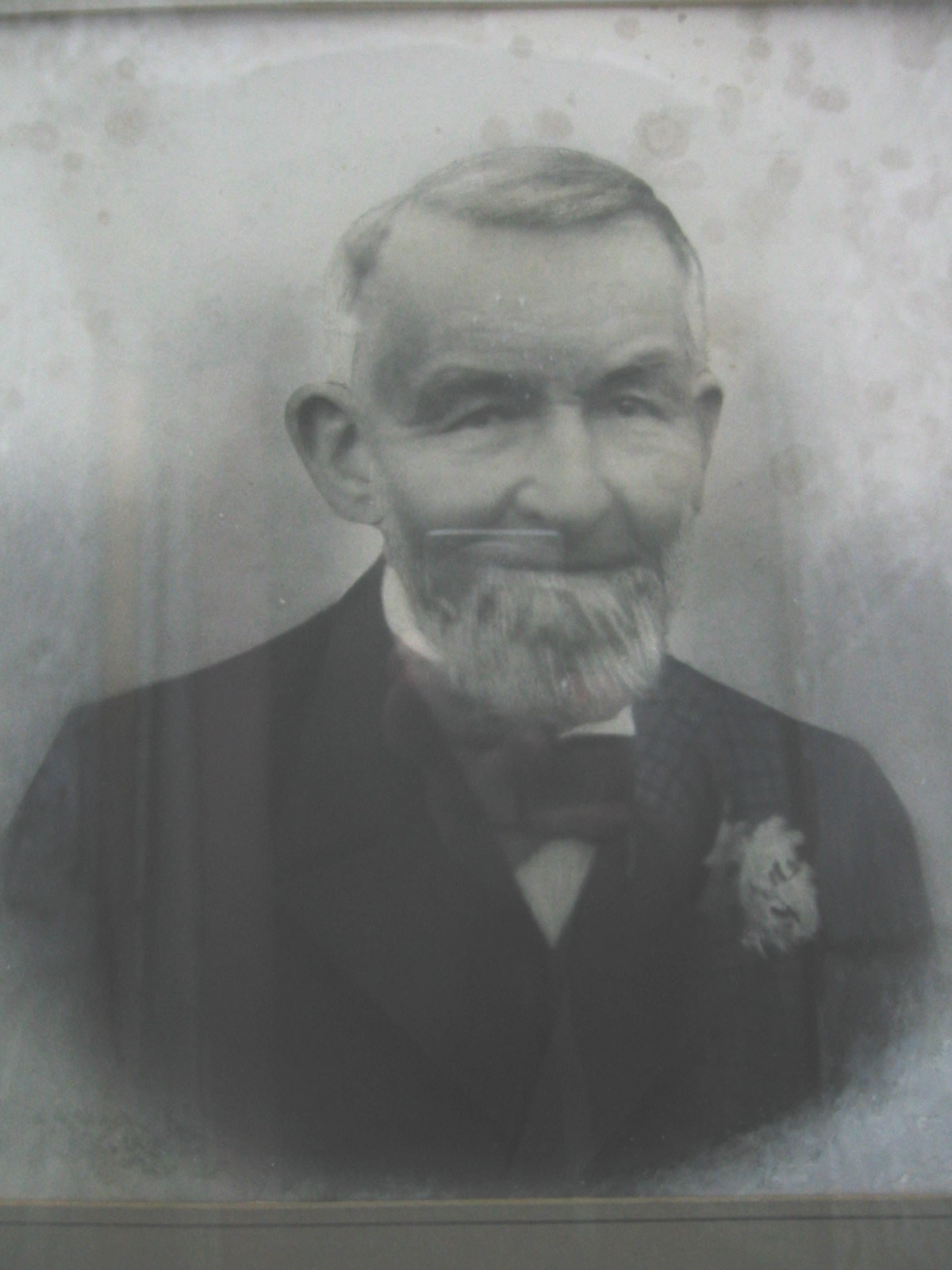 DEATH OF MR. T. G. VINCENT. It is with much regret we record the death on 15th inst. of one the oldest and most highly esteemed agriculturists of the district, Mr. Thomas Gifford Vincent, at the great age 87 years. In appearance and activity he was many years younger. The Sunday previous to his decease he attended twice his Parish Church, in the choir with which he had been associated for forty years ; on Tuesday he was at Castle Cary market, and on Wednesday morning engaged in garden at Factory House, the residence of his son, with whom he had stayed since the recent death of his daughter, which was event he keenly felt. A chill seized Mr. Vincent on Wednesday, and advanced to pleurisy, developing pneumonia, so that on the evening of the third day after the attack he passed away. Mr. Vincent was born at Queen Camel on November 17th, 1835, and came to the Manor Farm, Ditcheat, March, 1860. The next month—on April 12th—he married Jane, youngest daughter of Mr. William Stitch, Ditcheat, and his good wife was spared to celebrate with him their golden wedding six years ago. The long and happy intercourse was broken by the death of Mrs. Vincent five years since. Three sons (one in Australia), and one daughter survive. Mr. Vincent was experienced and very successful agriculturist and oldest member living the Mid-Somerset Agricultural Society, established in Evercreech in 1853. For many years he was treasurer of the Society, and on the death of the late Mr. R. Moody, accepted the honorary secretaryship, which office he held at the time his death. For lengthened period earlier in life, Mr. Vincent was. a Guardian of the parish, and for a dozen years was Churchwarden. He was ardent bell ringer through more than half century in Ditcheat, and was instrumental in the improvement of the village bells, and in their being rehung in iron frame. It was the wish of his companions the belfry to act as his bearers at the funeral, which took place yesterday afternoon at Ditcheat. A full report of the last offices will appear in our next issue. Mr. Vincent was also Freemason, the oldest member Royal Clarence Lodge, Bruton. He was staunch in every way, and passed the chair a generation ago. In politics Mr. Vincent was a Conservative, and was Chairman of the Ditcheat Polling District Committee. His family has many and wide connections, and great sorrow is felt at the loss of one of the most sympathetic and generous of nature’s gentlemen. The funeral yesterday was very largely attended, and the service was conducted by the Rector, the Rev. Tripp.

There as no mistaking the tact that the village and neighbourhood keenly felt the loss they had sustained by the death of Mr. T. G. Vincent, as announced in the last Journal ; and everywhere in the village on Thursday last there were signs mourning, and atmosphere of depression, as the funeral cortege wended its way from late residence of the deceased gentleman to the portals the Parish Church, where he had loyally served through generation and half. Mr. Vincent was indeed, grand old man, beloved by the whole parish. and his ever genial and courteous manner dealing with many questions he encountered in his active, public life, gained for him the admiration of very wide district. It was not surprising, therefore, that the last offices were very largely attended. Some 120 mourners coming from Cranmore, Doulting, Oakhill, Shepton Mallet, Evercreech. Castle Cary, Bruton, Wincanton, East Pennard, and elsewhere, amongst them being Messrs. Jas. Golledge, G. and R. Longman, W. G. Norman, Payne, Tullett. Barrett. Churchouse, Martin. Wicks, R. Dyke, S. W. Golledge, T. Golledge, L. and F. Hoddinott. H. Davis, H. Rumsoy, A. C. Clark, J. leaver, J. Day, S. C. R. Orledge, M. Tabor, W. K. Avory, H. Board. M. English, B. and W. Warren. J. Leversedge, C. Moody, R. T. A. Hughes, J. B. Godfrey. A. W. Marchant, W. Phelps, A. Feaver, J. H. White, J. Bright, G. Look, O. J. L. Martin, E. Cary, Byrt, A. Allen, A. J. Thorn, J. Salmon, J. H. Mackie, W. B. Mackie, A. G. Barber, R. N. Look, J. Green, C. H. Butt, W. Wride. J. C. Moody, R. Longman, junr., H. J. Davis, A. J. Davis, etc. Besides the foregoing were some 20 members of the Royal Clarence Lodge Freemasons (Bruton), each carrying emblem of his Lodge. There were also present representatives of numerous societies to which the deceased had belonged, viz., Mr. F. H. Berryman, president of the Mid-Somerset Agricultural Society ; Mr. B. Richards, chairman the local branch the Somerset Farmers’ Union; Mr. H. Norman, secretary of the Farmers’ Union ; and also members of the Evercreech, Castle Cary and Bruton Church towers, Mr. Vincent having been a distinguished and lifelong ringer. The chief mourners were Mr. and Mrs. Stephen J. Vincent, Mr. and Mrs. Thomas Gifford Vincent (sons and daughters- in-law), Mrs. and Mr. F. W. Burston (daughter and son-in-law) ; John, Hubert, Mary and Joan Vincent (grandchildren), William Vincent, Herbert and Walter Warren (nephews), Matilda Warren (niece), William, George and James Gifford (cousins), and Messrs. Arthur Allen. Jos. Gare and Geo. Welch (old friends the family). The sad procession started at 2 p.m., and slowly approached the Church, where was met the gates the Rev. —. Tripp, rector, who, reading the opening sentences, led the way into the sacred House. Mr. Clements, Bruton, presided at the organ, and as the mounters found their seats, played appropriate music, including “ Oh, Rest in the Lord,” from Mendelssohn’s Elijah. Following the usual setting the service, hymn “ Now the labourer's task o’er ” was sung. Then the whole congregation stood while the “Dead March ” in Sard was solemnly played. At the graveside the remaining rites were very impressively conducted the rector, and the singing an Easter hymn “Jesus lives!” was followed the Benediction, and concluded the service. was singularly appropriate that the grave lies almost immediately below the tower, in which Mr. Vincent had spent many happy hours and which had given so great support. The grave was beautifully lined with laurels and spring flowers, whilst suspended at the head and the foot were two lovely crosses white flowers. The coffin, polished oak, with brass fittings, bore the breast plate the inscription “Thomas Gifford Vincent, born November 17, 1834. died April 15. 1922. The venerable gentleman was borne to his last resting place by members of the Ditcheat Church Ringers Guild, viz.. Messrs. L. and A. Lintern, Thos. Merrifield, Walter Crab and Edwin Clark. Amongst the many beautiful floral tributes were the following:—“ln memory of our beloved and much respected old member, from Ditcheat Church Choir : Lost in sight ; Present in Memory; ” “In memory a much respected and beloved captain ” from the Ditcheat Church Bellringers, the tribute was a magnificent harp in arum lilies with a broken string. “A token of respect, from Castle Cary Bellringers ” ; “ With sincere sympathy and mourning our loss, Brethren Royal Clarence Lodge, No. 070. Bruton” “To the memory of the father the society, with sincere regret at the loss of valued member. From the Mid-Somerset Agricultural Society.” A cross, from Mr. and Mrs. Payne, Cast Cary, “ In loving memory of our dear old Chairman.”

During the day the flag was flown half mast from the tower, and immediately after the service a muffled peal was rung on the bells. Special mention was made from the pulpit on Easter Sunday, by he Lord Bishop of the Diocese, the death Mr. Vincent, and of the great hope with which the fact the Resurrection filled us.