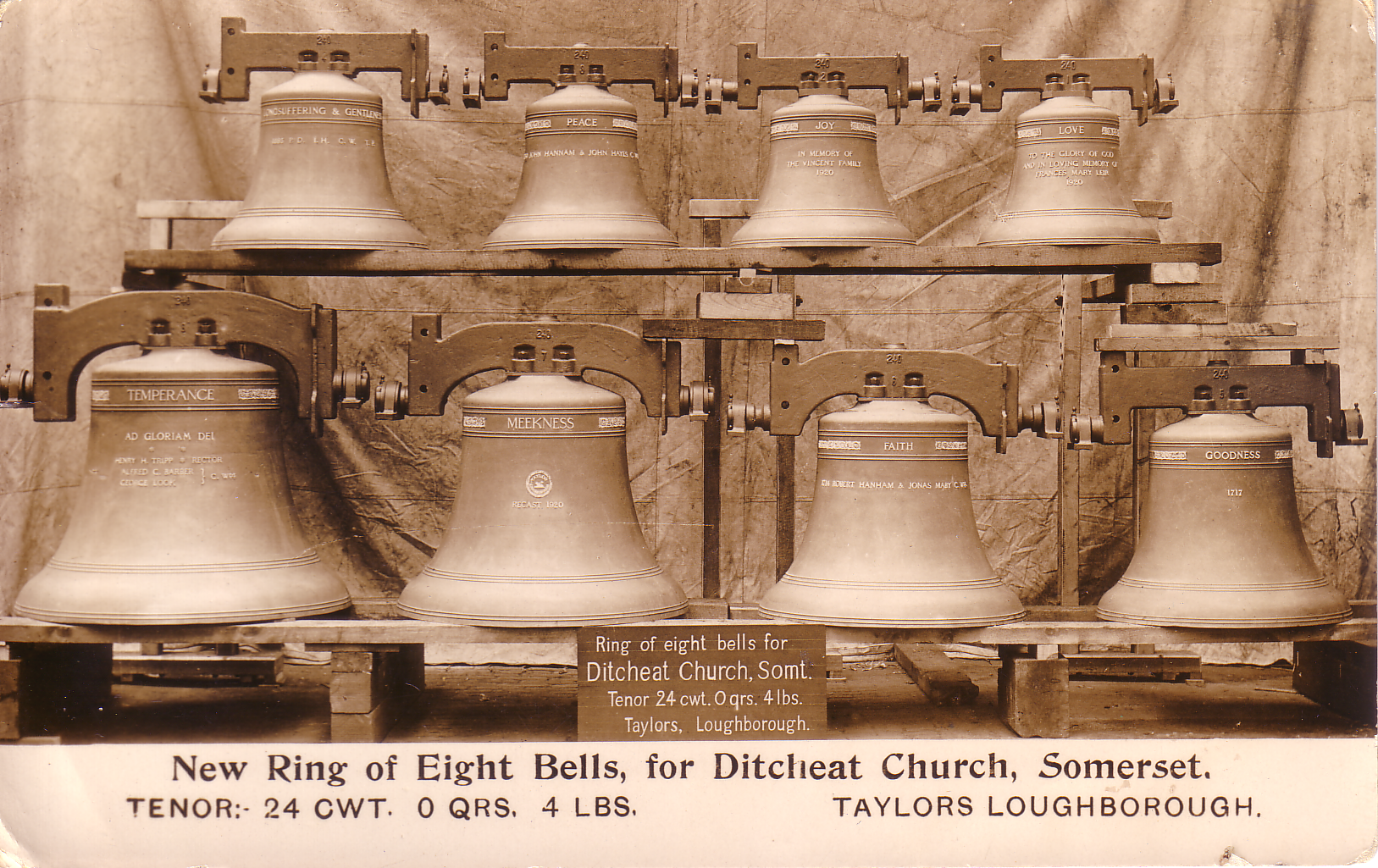 Ditcheat Church has one of the finest ring of eight bells in the land, through this website I hope to tell the story of how this came about and the people that promoted the art of bell ringing and left the legacy we are proud of today.

The name Thomas Gifford Vincent is synonymous with Bell Ringing in Ditcheat, because there were two, father and son, successive in the role of Tower Captain. Trawling the newspaper reports of the Ditcheat Ringers Annual Supper, It appears that TG Vincent sn. began ringing in 1850 becoming Tower Captain in 1888 and was still a grandee at the Annual Supper in 1920.

TG Vincent sn. at the 1906 Supper, in responding to the Toast to the Bell Ringers said “I hope to be spared a few more years to see things go on as satisfactorily as they have been in the past, and that when it is time give up the work, my successor will strive to maintain the same efficiency.” He was referring to Tom Vincent jn. upon whom his father’s mantle was expected to fall.

Due to the War the Suppers were suspended in 1915 and resumed in 1919, it is thought Tom Vincent jn. became Tower Captain some time in this period and was the driving force in the 1921 restoration.

The Annual Ringers Supper reports found in The Shepton Mallet Journal Archives which are accessible at  British Newspaper Archive (www.britishnewspaperarchive.co.uk) give a fascinating insight into the people and the Church life in the village.

To set the scene, this LINK is to the 1893 report,  at time before the 1902 renovation when the bells were not in good order and very hard to ring. I understand that the ringers were paid for their services and that  cider and ale were probably consumed in ringing chamber to quench thirst from the hard labour.