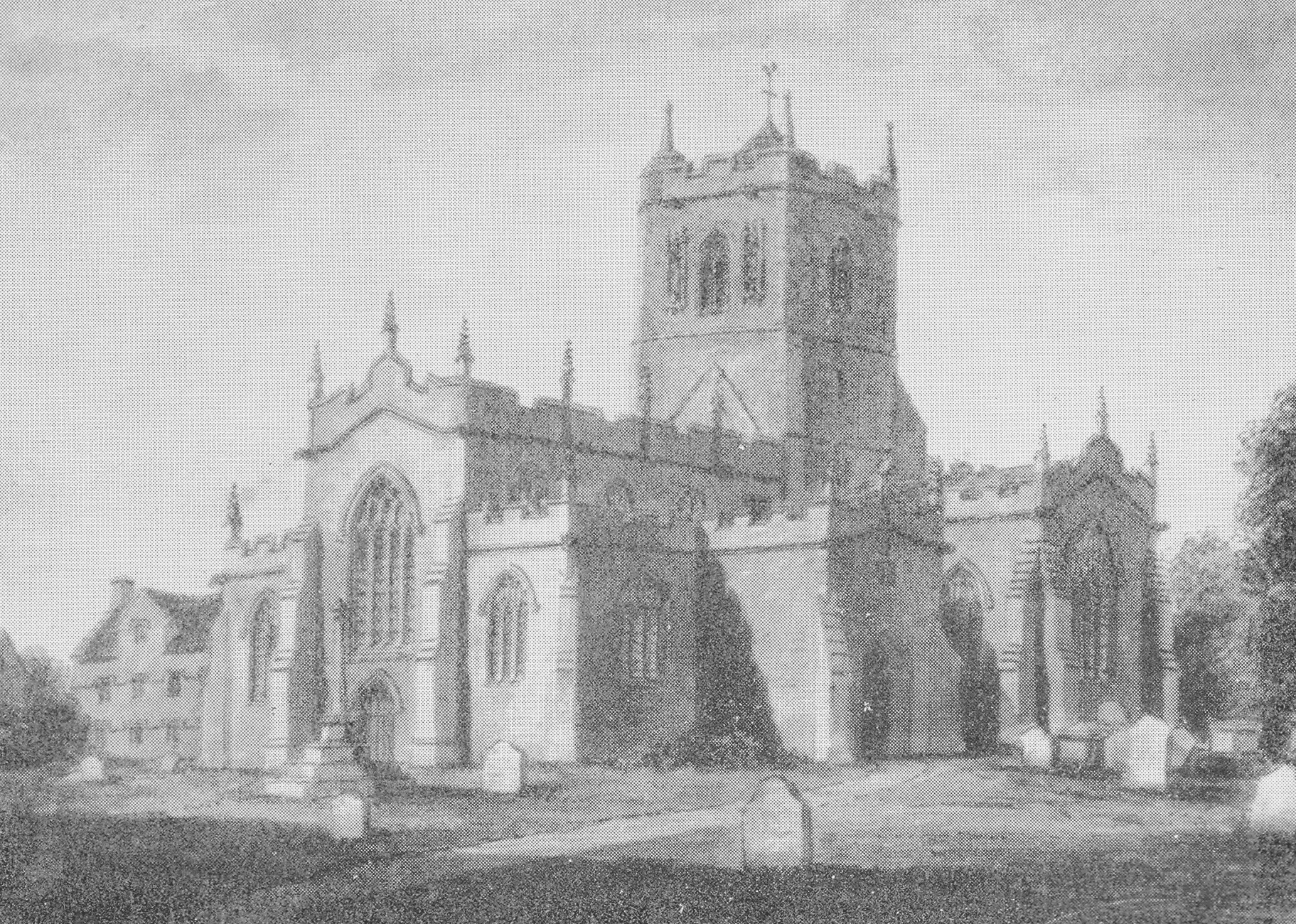 I found this image on the internet, two features stand out  - no clock face and the weather vane is where we now have a flag pole.

I am sharing  text copied from the Shepton Mallet Journal - Friday 27 May 1932 which I accessed from  www.britishnewspaperarchive.co.uk.  I hope this will give you some insight into or heritage.

The great work of restoring the beautiful Parish Church of St. Mary Magdalene, Ditcheat, has now been completed, and on Tuesday afternoon a special dedication service of thanksgiving was held in the Church, which was filled to its full capacity, invitations having  been sent to one and all who had helped the laudable work since 1920. Tuesday was in  every way a great day - red-letter day—for the parish; it marked-the completion of a long cherished ambition, and brought Bishop, Clergy and Laity together in joyful thanksgiving. Few who were privileged to attend the rededication of the Church bells by the late Bishop Kennion, on a gloriously fine summer’s afternoon, some 12 years ago, would recognise the interior the Church, for the more recent restoration, including the re-seating, has completely changed the old order of things, and all is now new and polished.

The service took the form of shortened evensong. and opened with the hymn ‘“We love the place, O God.” the Psalm being “How amiable are Thy dwellings.” The first lesson was read by Preb. Bennett, and the second by Rev. Townsend. The Magnificat and Nunc Dimittis were set to Barthold Tours in F., and the anthem, beautifully rendered by the choir, was Stainers - “O clap your hands.”

Other hymns sung were “Now thank all our God,” and “Lift the strain of high thanksgiving”

In his address to the large congregation, the Bishop said was a real pleasure for him to be there and rejoice with them in the completion of that great task. It seemed to him a most wonderful and notable achievement that in twelve years, a village no larger than theirs should have collected so very large a sum -over £4,000. It was the same where ever he went, large sums of money had to be raised, and the marvellous thing was that it was done. It was a striking tribute to the devotion of the people in their country parishes of Somerset to the religious life of their villages, which was beyond all praise.

Their readiness to respond to the appeal came in answer to enthusiasm, energy and untiring faith of the Rector. Speaking on the erection of the beautiful village churches throughout Somerset, the Bishop said that in those days men seemed to dwell near to God, because they were nearer to nature in the days before industrialism and materialism.

A collection was taken reduce the £85 deficit on the scheme, and following the service the visitors adjourned to the schools where tea was served.

A FEW NOTES ON THE CHURCH.

The Church is cruciform in plan, with a centre tower of which the lower part is late twelfth century, and the oldest part of the building now standing. The Chancel was re-built the 13th Century, the windows being beautifully hooded specimens of geometrical tracery (cinquefoil architrave) of character rare in this country, but presenting a considerable resemblance to some of the work in Tintern Abbey (1280). In the time of Henry VI, about the middle part of the 16th Century, 1422 to 1470, the Nave and Transepts were re-built, and the Tower raised a stage higher. The pointed arches supporting the tower formed a barrier between the Nave and Chancel. The Chancel was laid open to the two transepts by “Squints” reaching down to the level of the floor, through which processions could walk, the ancient oak door to that at the South Transept being still in position. The beauty of the chancel seems to have preserved from destruction and, as at the neighbouring Church at Pilton, the walls were raised to range with the Transepts and Nave, and a row Clerestory windows inserted at the same time. These alterations were carried out by Dean Gunthorpe, Rector of Ditcheat, also Dean of Wells and private Chaplain to King Edward IV. during 1465 to 1498.

On the exterior of the Chancel on the battlements of the parapet are shields, carved in stone, . bearing the arms of Rectors of Ditcheat, among which are those Bishop Stillington, 1466-91, Abbot Solwood 1457-93, and Dean Gunthorpe 1465-98. The work was therefore contemporary with that of Pilton, carried out by Precentor Overay in 1471-98.

Some fragments of painted glass escaped the axes and hammers of the Puritans and the figures of St. James and St. Phillip appear in the South Transept. The tie-beam roofs of oak in pannels over the Nave and Transepts are very beautiful with richly carved beams and spandrels.

The pulpit and reading desk are Jacobean, cut down from the Leir pew.

In the north aisle is a “hatchment” with elaborate armorial bearings of Sir Robert Hopton, a Royalist and proprietor in this Parish. The Manor House on the north side of the church-yard, was built for his son.

At the Reformation period the Rood Beam across the Nave Arch, was probably pulled down ; the corbel supports are still there, and the approach to the same still exists.

There was also west-end gallery erected about 1753, but this was removed in 1850.

The Chancel Screen (date 1630) being in a very dilapidated condition, was taken down about 1860. The original Rectory House, called at that time a Vicarage, and built by Adam de Sodbury, Abbot Glastonbury, in 1331, was destroyed by fire in 1680, and on the old site is now a Farm House called the Abbey Farm. Since 1680 the house now called “The Priory.” built John Gunthorpe in 1473, became the Rectory, but this again was exchanged for the present Rectory House in 1893. In the outer hall the Priory can be seen a finely carved screen recording names and arms of successive Rectors of Ditcheat since 1433.

A celebrated Rector of Ditcheat was one Richard Alleine, Rector here for 53 years, a noted Puritan preacher. He died in 1656, and some of his sermons are still in existence, written in his own neat handwriting. Robert Baskett succeeded, but was shortly after evicted by the Cromwellian Parliament, and one Tobias Tidcombe (a son-in-law of Richard Alleine) was intruded in his place. After a few. years came the Restoration, when the said Tobias Tidcombe was evicted in his turn and Robert Baskett restored to his old home at Ditcheat.

During the Cromwellian persecution, much damage was done to the Church, coloured windows smashed, etc. The ornamental head the Churchyard Cross, date 1332, was knocked off, and recovered in 1860 in the ditch by the Manor House garden. Its remains are now resting in a “piscins” in the south transept. Similarly a holy water stoop was discovered lately in the moat at the present Priory, and restored to its old niche in the domestic Chapel there. At the dissolution and spoliation of the Abbey of Glastonbury the 16th Century, A.D. 1646, Sir Ralph Hopton purchased for £1,122 from King Henry VIII. the whole parish of Ditcheat and the various Manorial rights. This Sir Ralph Hopton while building a mansion at Evercreech Park, in the next parish, lived for a time at the present Priory, while the present Manor House was built by his son.

Later on, about 1643, his grand nephew. Sir Robert Hopton, who had espoused the Royalist cause, was the celebrated “Cavalier General” who was created Lord Hopton on winning the Battle of Stratton, 1643.

Under Cromwell, his property at Ditcheat was confiscated, and he died in exile at Bruges. At the Restoration (Charles II., 1660), his daughters recovered the estates, and their husbands sold them, also the Advowson of the Living about 1669. Mr. Thomas Leir, of Charlton Musgrove, Somerset, bought three-quarters of their estate, and Mr. Edward Dawe, of Dorset. bought the Manor House (Ditcheat House as it was then called), and the remainder of the Hopton estate, There were two Manors in the Parish. The Abbey (Glastonbury) Manor (carrying the rights of Free Warren) and The Crown Manor. In 1670, Mr. Leir, of Charlton Musgrove, bought the presentation the Living of Ditcheat for his son, Thomas Leir, who was presented in 1699 and about 1720 he bought the Advowson the Living for £1,020, and thus that branch of the Leir family have held the Living for the last 230 years, during which there have been six Leir Rectors.

“To the memory Richard Alleine, Rector of Ditcheat, Who died June 28th 1656, aged 78 years.” "In hope of a blessed resurrection here lyeth the body of Rev. Dr. Christopher Coward, late Rector of this Parish. A man of justice most strict and exemplary, and In patience and meekness a pattern truly Christian died 16th April. 1699, aged 69 years.”

Discoveries made the restoration of the Church in 1931:-

(3) A 12th century window in the West Front of the Tower.

(4) A fresco painting, believed to 13th century, of the transfiguration, not yet uncovered, above the central arch of the Tower facing West above rood screen.

As Rector of this Parish I should like to thank, on behalf of our Parishioners, all those kind people living outside our Parish, in the counties of Somerset, Dorset, Devonshire, Wiltshire and Gloucestershire, and in Bristol, London, and in New Zealand, Canada and United States of America, who have so generously sent donations for the restoration of our Church: we are indeed most grateful to them all.

Of the £2,600 raised, not reckoning the £1,731 raised for the Church bells and tower restoration, £1,447/16/10 has been from inside the Parish, and £1,052/3/2 outside our Parish. We parishioners need no thanks for the money we have given, it has been a great privilege and joy to have taken part in the restoration of our beautiful Church, denied so many other generations of parishioners of Ditcheat. The restoration has been carried out in three separate stages. The first stage in the years 1920 to 1924, when we restored our Church bells, tower and clock, at total cost of £1,731/16/4; the money for this was chiefly raised in the parish of Ditcheat itself. No. 2 stage, the most difficult joy of all, from the years 1229, the renewing of the floors, seating, walls, heating apparatus, the restoration of the roofs of chancel, north transept, south and north aisle roofs, etc., at a cost £1,791/8/6. For this second stage we are greatly indebted to Brig.-General J. A. Gibbon, C.M.G., who, besides being the second most generous subscriber to the funds, most kindly undertook the supervision and direction of the entire work free of charge, thus saving the parish considerable further expenditure. The third stage, from 1931 to 1932, which has just been completed, the restoration of the nave and south transept roofs, the restoration of the pinnacles, parapets and gables, etc., at cost of £793/18/10, under the direction of Mr. W. D. Caroe, the Diocesan Architect. The contractor employed for this third stage has been Mr. P. L. Blevins, of Glasgow, who has carried out the work most satisfactorily. Mr. Blevins has also kindly undertaken to open out and restore the lately discovered beautiful 13th century fresco painting of St. Christopher at his own expense, free of any charge.

What has further not been included the expense of the restoration is the opening up of the doorways on to the rood screen and rood loft, the cost which has been entirely borne by Major-General R. L. Leir-Carleton, who also paid for the restoration of the pinnacles, parapets and gables, and was the most generous subscriber to the whole cost of the restoration.

I must also mention the great deal of gratitude which is owing from the parish, the Church Council, and myself, to the Churchwardens, Mr. A. G. Barber and Mr. R. N. Look, who have been ungrudging in their labours and assistance, Mr. Barber right throughout the entire restoration, from the bells restoration to the finish, and Mr. R. N. Look in the two last stages. The total cost of the three stages of the restoration has been £4,317/3/8 all paid for, with the exception of £85/7 /4.

To the Rector, Churchwardens, and all who have helped in the noble work, we accord our hearty congratulations. 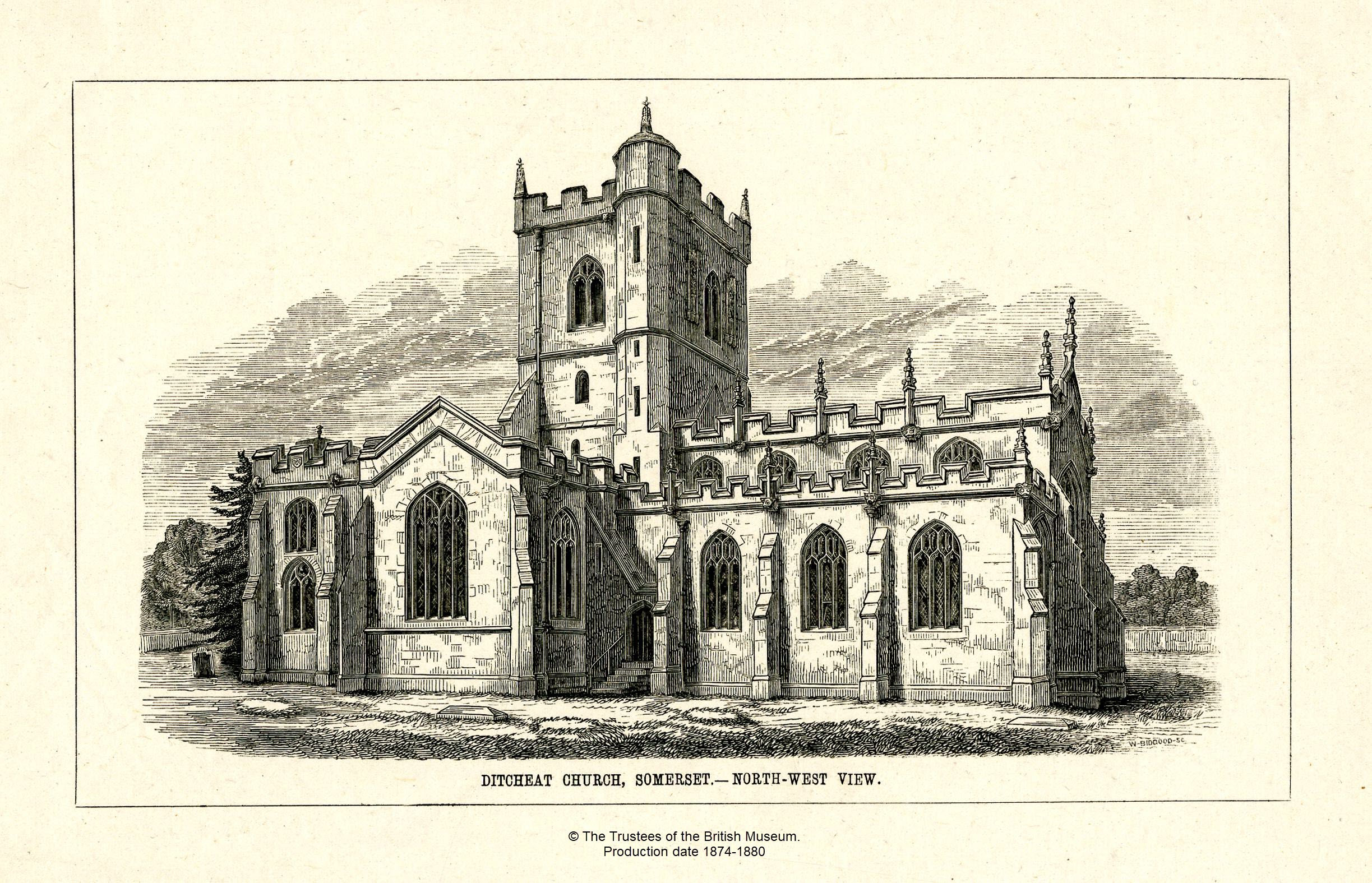